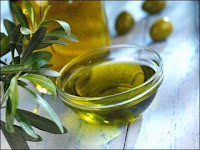 Old myths die hard. And when it comes to diet and health, the misconceptions are endless. Some myths have been around for decades ("vitamin C prevents colds"), while others are relatively new ("drink green tea to ward off cancer"). And, with all that conflicting research out there, it's hard to know what to believe and what not to believe.

Granted, it's not that these beliefs are dead wrong. More often, they're promising theories that are backed by too little evidence. Or they're outdated ideas that have crumpled under the weight of recent research. Today we'll look at the first 5 assumptions that people rarely question.
1. Soy foods prevent breast cancer - Most women will do whatever they can to reduce the risk of breast cancer. Maybe that's why they're so willing to believe that the plant estrogens (phytoestrogens) in soy can keep the disease at bay. Yet so far, the evidence is weak.
Researchers in the Netherlands recently reviewed 13 studies -- largely from China and Japan -- that looked at soy and the risk of breast cancer (Breast Cancer Res. Treat. 77: 171, 2003). "Overall, results do not show protective effects, with the exception maybe for women who consume phytoestrogens at adolescence or at very high doses," concludes Petra Peeters of the University Medical Center in Utrecht.
The bottom line: It's still too early to say whether soy -- or other phytoestrogens -- might protect the breast.
What about prostate cancer and hot flashes? Soy's impact on the risk of prostate cancer is still muddy, in part because most Americans eat too little soy for studies to detect any lower risk. However, researchers have tested soy's impact on PSA (prostate-specific antigen) levels, with mixed results.
In a recent study, soy grits (about 2 ounces a day) lowered PSA by 13% in eight men with prostate cancer (Urology 64: 510, 2004). In studies on healthy men, though, PSA didn't budge (Cancer Epidemiol. Biomarkers Prev. 13: 644, 2004). And experts are now questioning whether small changes in PSA levels matter.
As for hot flashes, so far, well-designed studies have found that soy (or plant estrogens from supplements like red clover) has little impact on hot flashes and other symptoms of menopause. Researchers at the University of Minnesota recently examined 20 trials on menopause and soy foods, beverages, powders, or extracts. Nearly all came up empty (Obstet. Gynecol. 104: 824, 2004).
"The available evidence suggests that phytoestrogens available as soy foods, soy extracts, and red clover extracts do not improve hot flushes or other menopausal symptoms," conclude Minnesota's Erin Krebs and colleagues.
The bottom line: Soy foods do seem to lower cholesterol, so they may help protect your heart. But whether they do more is a question mark.
2. Olive is the healthiest oil
Fish oil is probably the healthiest, but you can't pour it on your salad or cook with it. Olive is certainly one of the good oils. Whether it's the best is unclear.
"Canola is probably better than olive oil because it's lower in saturated fat," says Alice Lichtenstein of the U.S. Department of Agriculture Jean Mayer Human Nutrition Research Center on Aging at Tufts University in Boston. "What's more, canola has more polyunsaturated fat than olive oil, "and polys lower LDL ['bad' cholesterol] more than monos."
So why not stick with soy and canola? Both have more of a polyunsaturated fat called alpha-linolenic acid (ALA) than olive. ALA is an omega-3 fat that may help lower the risk of heart disease. But if preliminary studies hold up, ALA may also raise (slightly) the risk of prostate cancer. Right now that's a big if.
And there are other ways to cut back on ALA. "Red meat and dairy fat are also sources of ALA, and they have been more consistently related to higher prostate cancer risk," says Ed Giovannucci of the Harvard School of Public Health.
Our advice: at home, switch off between canola and olive.
4. If your blood sugar, triglycerides, cholesterol, and blood pressure aren't high, you don't have to worry.
Even before you hit "high," you hit trouble. Your risk of a heart attack, stroke, or diabetes doesn't jump from low to high when your number crosses a sharp cutoff. It's gradual. That's why experts keep ratcheting down what's "normal." For example:
Blood sugar. In April 2004, the National Institute of Diabetes & Digestive & Kidney Diseases (NIDDK) announced that 40% of U.S. adults have "pre-diabetes," which means their fasting blood sugar is between 100 and 125. (Over 125 is diabetes.) Using the old cutoff (110), only 20% of adults had pre-diabetes.
Blood pressure. In May 2003, the National Heart, Lung, and Blood Institute (NHLBI) declared that an estimated 22 million Americans have pre-hypertension -- that is, blood pressure over 120 (systolic) or over 80 (diastolic). (Another 25% have hypertension, or high blood pressure, which starts at 140 over 90.)
Triglycerides. Triglycerides under 200 used to be "normal." Now normal ends at 150, and "borderline high" ranges from 150 to 200, says the NHLBl.
HDL ("good") cholesterol. The lower your HDL, the higher your risk of heart disease. "Low" used to be 35 or below. Now it's 40 or below (for men) and 50 or below (for women).
LDL ("bad") cholesterol. A "borderline high" LDL is 130 to 160. But 129 isn't ideal. So NHLBI now makes it clear that only LDLs under 100 are "optimal." An LDL between 100 and 129 is "above optimal."
Why do the numbers keep shifting? Studies show that people in that gray area between "low" and "high" are at risk. Take blood sugar. Many people with pre-diabetes go on to develop type 2 diabetes within 10 years. But not if they do something about it.
"Research has clearly shown that losing 5% to 7% of body weight through diet and increased physical activity can prevent or delay pre-diabetes from progressing to type 2 diabetes," explains NIDDK director Allen Spiegel. "The emphasis has shifted from treatment to prevention," says Tufts's Alice Lichtenstein. And most people can prevent illness with diet, exercise, or other lifestyle changes.
5. People gain a lot of weight over the holidays.
Office parties, neighborhood gatherings, family celebrations -- from Thanksgiving to New Year's Day, most Americans are surrounded by luscious, tempting, irresistible food. So the conventional wisdom -- that most of us start the new year about 5 pounds heavier -- seems reasonable. Reasonable but not necessarily true.
In 2000, researchers tracked 200 people from late September to early March, and, in some cases, into June (New Eng. J. Med. 342: 861, 2000). On average, they gained only about a pound during the holidays. But that doesn't mean you can live it up from turkey to eggnog:

"The study followed employees of the National Institutes of Health, an upscale, professional, health-conscious bunch if ever there was one," notes Susan Roberts of the Human Nutrition Research Center on Aging at Tufts University.

"Weight gain is a likely consequence of overindulgence," she cautions. "It's always easier to overeat than to lose weight, because our bodies don't seem to count a few thousand extra calories, but start screaming hunger if we cut a few thousand."
Posted by RN JM at 2:50 PM 1 comment: 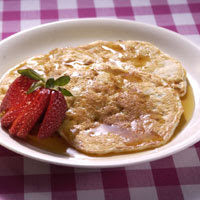 Wicked Good Chicken Salad (great name!)
(Makes 3, protein wraps)
Ingredients:
1 Can of All White Meat Chicken In Water (12oz)
½ Avocado Diced
½ Tomato Diced
2 Tbsp Diced Onion
1 clove of Garlic, Diced
1 Tbsp Mustard
Fresh Cracked Black Pepper, to taste
Green Leaf Lettuce (optional)
Instructions:
Open and Drain Chicken. Rinse Chicken under water to help remove salt. Add all ingredients into mixing bowl and mix until all ingredients are blended together. Wrap the chicken salad in the lettuce, low carb wrap, or small pita. Balance with a side salad and a piece of fruit. Eat and enjoy a healthy lunch or dinner.
Posted by RN JM at 10:22 AM No comments: